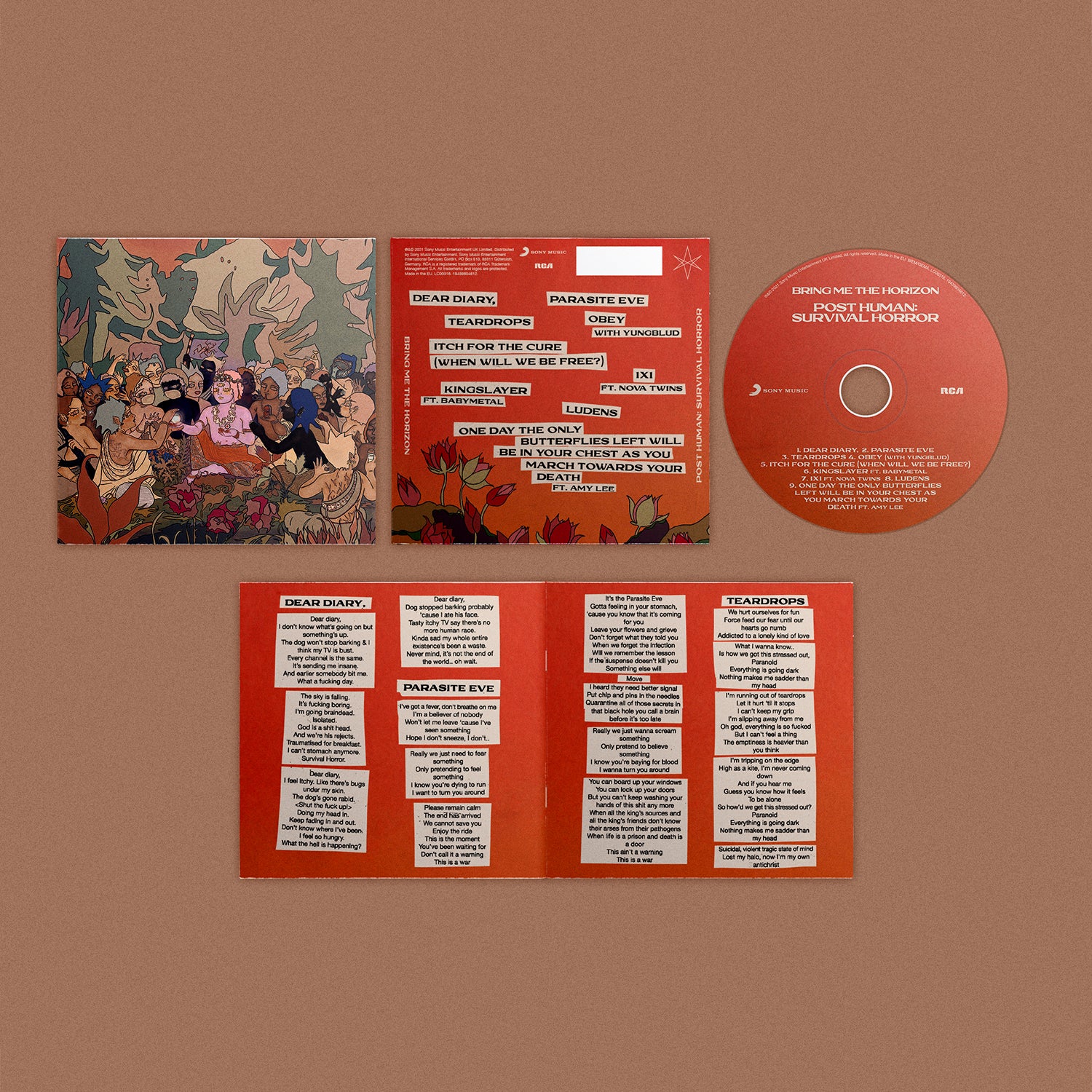 BRING ME THE HORIZON

POST HUMAN: SURVIVAL HORROR is the first EP from their POST HUMAN Series, which was conceived during lockdown and was showcased during the BMTH8 and BMTHS2 Youtube Series. The entire EP has been written and recorded in the same, innovative way from their home studios, and features artists YUNGBLUD, Nova Twins, BABYMETAL and Amy Lee from Evanescence.

Where possible each element of the packaging is manufactured using 100% recycled card & printed with vegetable or soya based inks. 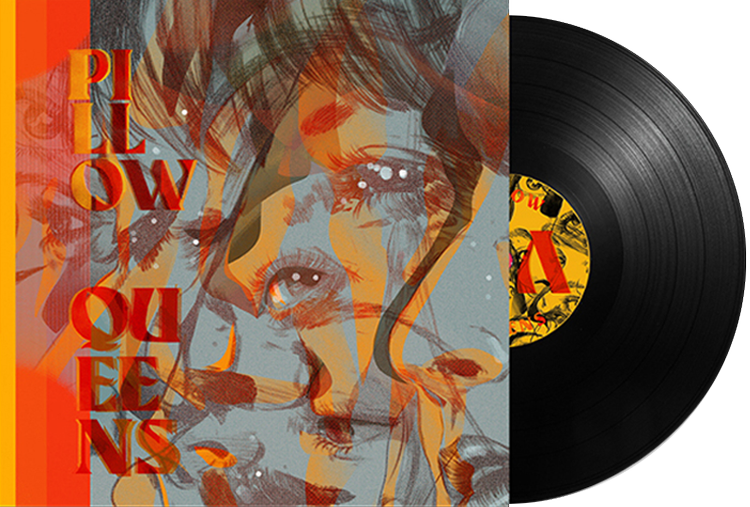 LEAVE THE LIGHT ON

“Leave the Light On is an inherently collaborative piece of work. Recorded in the Spring of 2021, the band wrote over the course of three months, and then went into the studio to work with producer Tommy McLaughlin, who the band worked with on In Waiting. The record came together quickly and naturally, becoming the most realised Pillow Queens release to date.

Introspective, heartbreaking, lonely, and powerful, Leave the Light On is Uaigneas an chaldaigh, an Irish phrase that means the sense of loneliness experienced on the shore.”

Font in use : Aveline 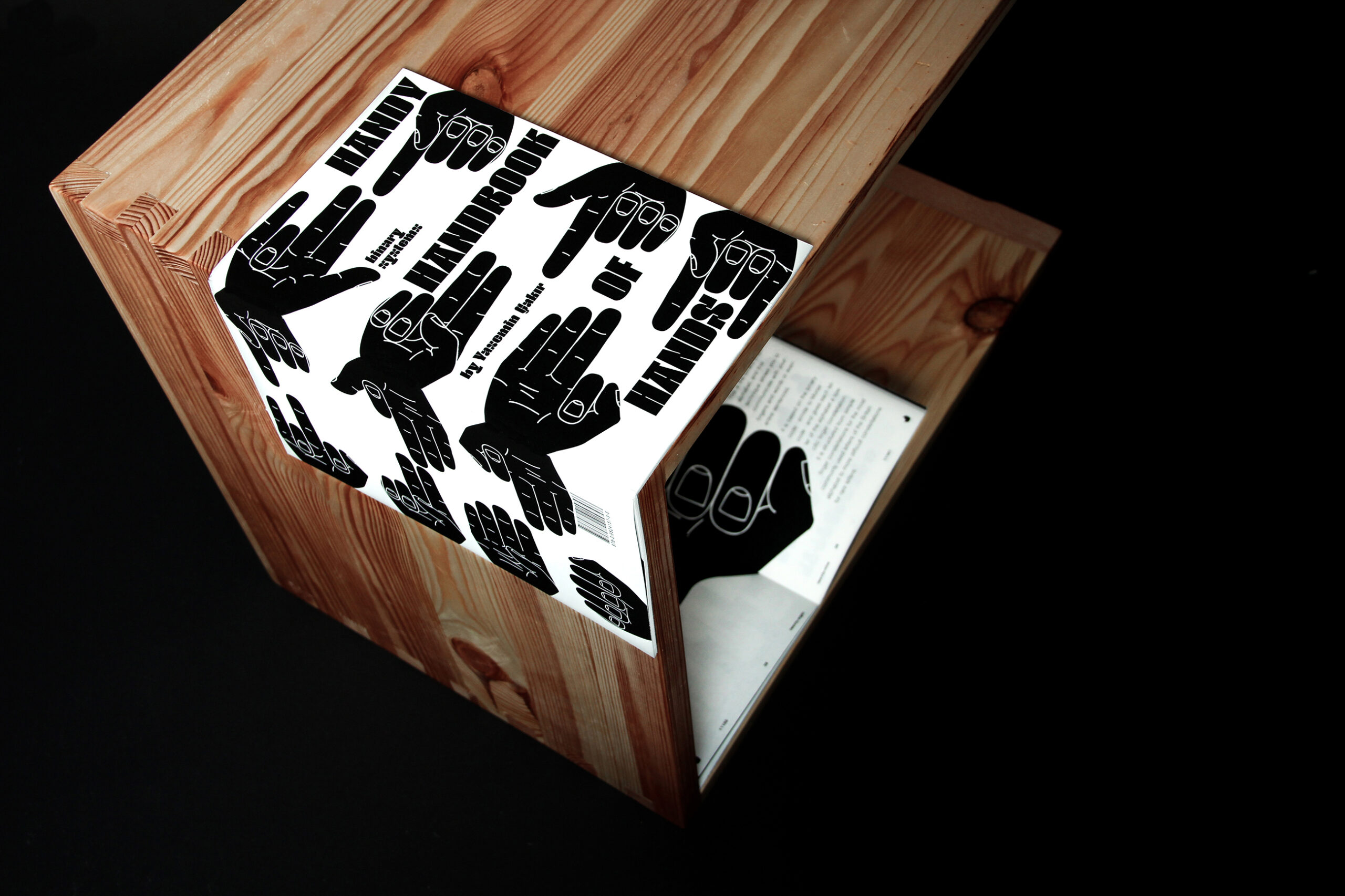 Handy Handbook of Hands is about the finger binary systems. The first part of this book shows how to count and display binary numbers on the fingers. In the second part, a binary finger alphabet is developed that enables the communication of words with fingers.

Children learn to count with their fingers at an early age. The Latin word for fingers or toes “digitus” is the root of the English word digit. A normal person has, if nothing unforeseen happens, 5 digits on each hand. This limits the counting of the fingers to 10. By using binary numbers with the fingers of one or both hands, it is possible to count and display all numbers from 0 to 1023. 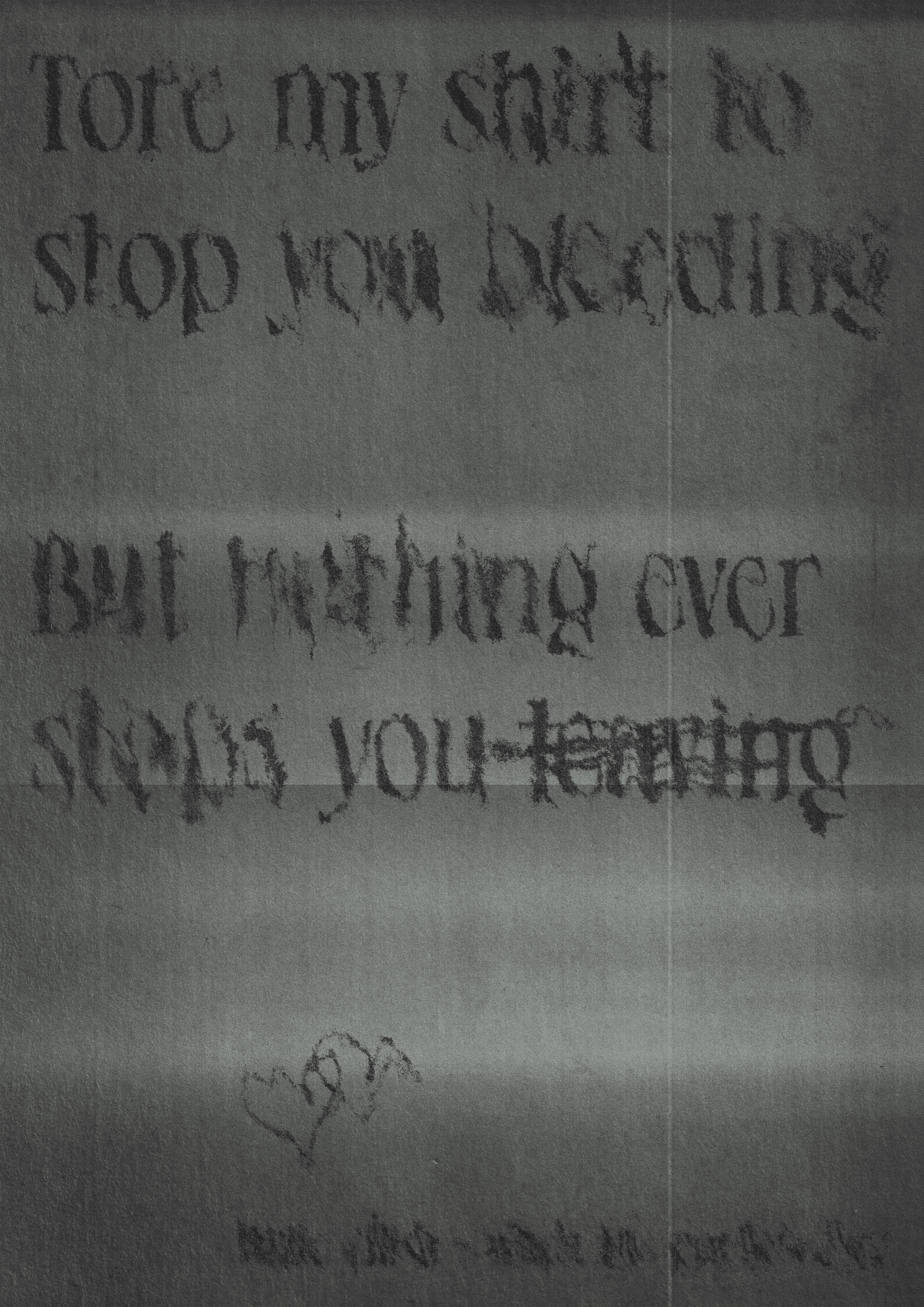 Lyric poster of “when the party’s over” by Billie Eielish, using Ephidona and lots of distortion. 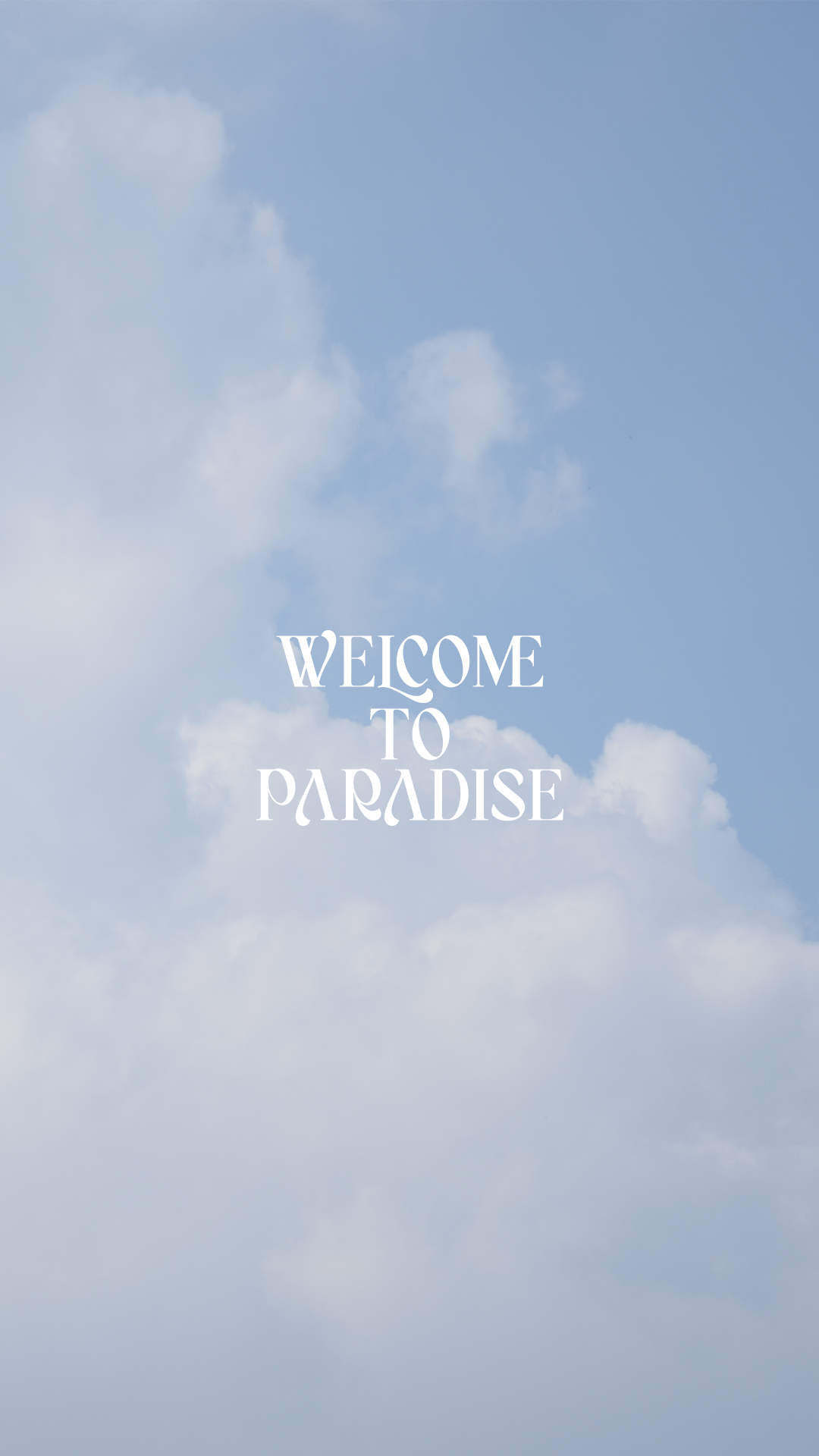 A series of 6 photographies of clouds, and the title “Welcome to Paradise” using the Bagerich font. 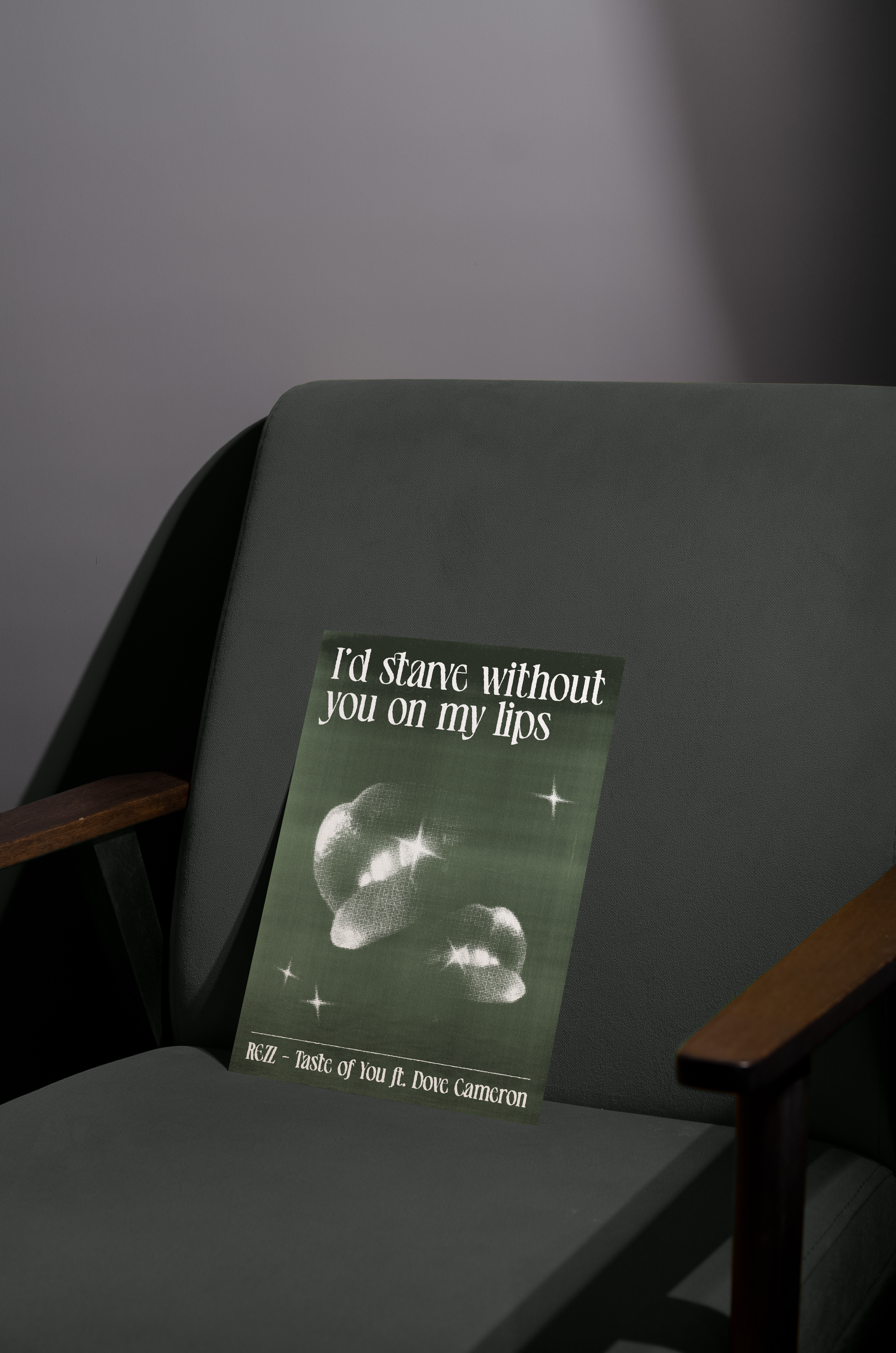 I’d starve without you on my lips

Fan-art of “Taste of You” by REZZ featuring Dove Cameron. Using Ephidona font.